Stuart Ulph sent me this page from London Gazette which details the
Voluntary Liquidation of Gordon England, confirmed in in March 1929
which was  earlier than I had imagined.  I would think they saw the
writing on the wall for ‘rag’ bodies, The factory at Wembley was very
big judging from photos I have seen and if sales had begun to fall
away, maybe they couldn’t make ends meet.  Certainly you don’t see as
many small ads for Wembley saloons and Stadium as you do the earlier
cars, suggesting fewer sales

The series of 8 photos are of the Tulloch car in Wellington. Purchased brand new for 175 pounds NZ. Car was sold in 1939.

Russel George Tulloch (born 1908) was a Radio technician for radio station 2YA. 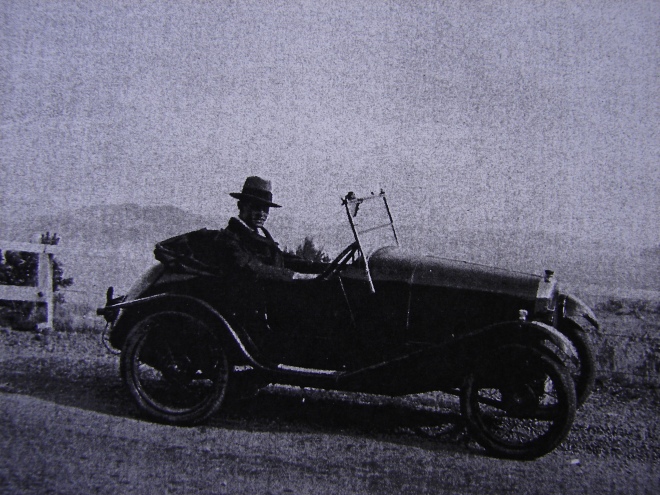 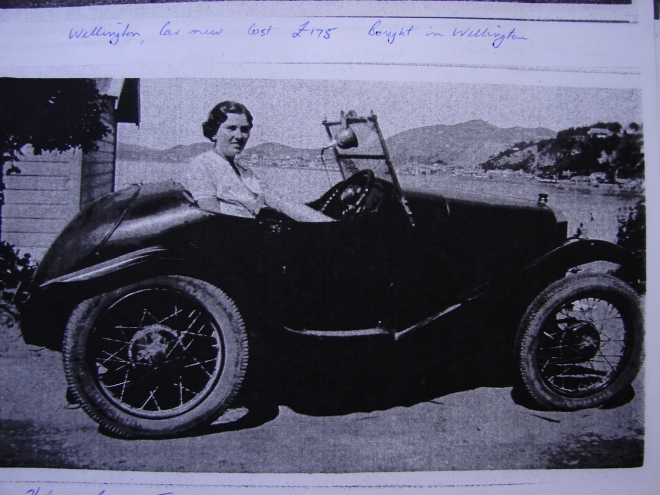 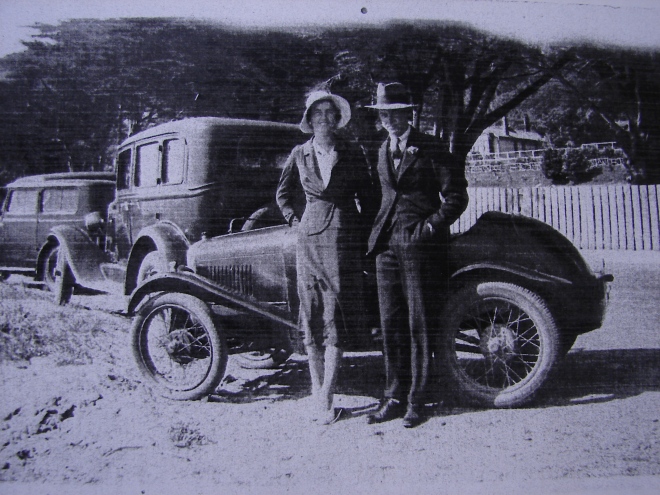 Unfortunately no info for next photo. 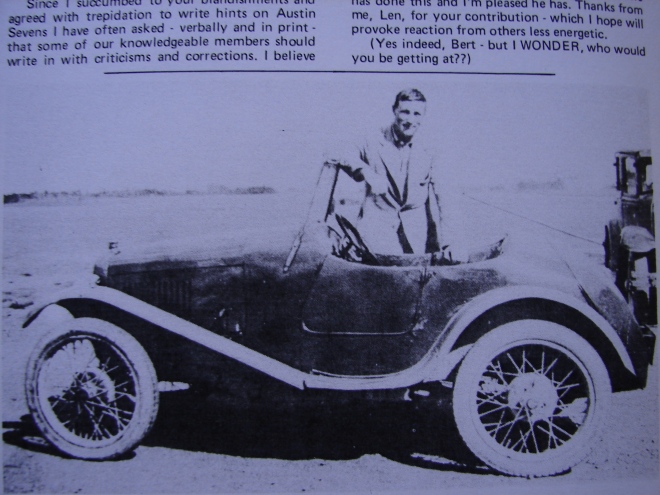 Next 3 photos are of Wallace and Ruth Goodman, married 1929. Ruth’s quote:- “On our honeymoon from Motueka to Christchurch there were floods. Four men carried the car to higher ground to avoid floodwater. The car had pump up seats”. She referred to the oil pressure button as “a pump up oiler”. 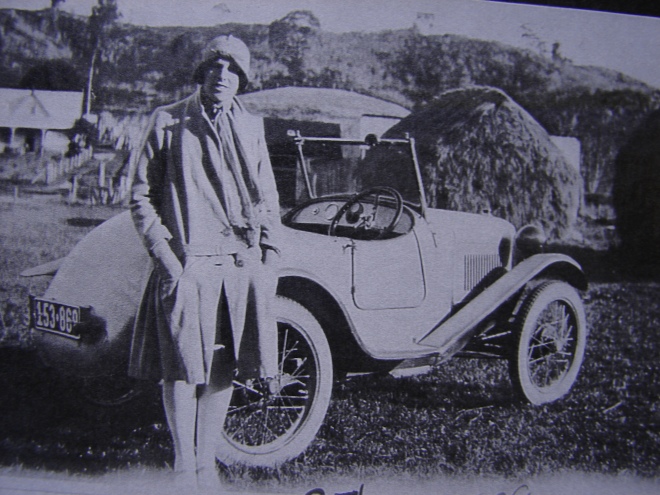 From ‘Special Reporter’ Evening Post, Thursday 27 June, 1929) after the 18 June 1929 Murchison earthquake……on the road between Nelson and Murchison. In the background is the concrete bridge which was upended in the earthquake. Note the driver’s attire.

Caption says ‘AN IMPROVISED BRIDGE Doctors Creek where a gang of ten men built the improvised bridge out of material from the bush and some cross pieces brought in a lorry. In the background can be seen the bridge that cost some xxxx (illegible) not long ago. The small car is returning from the Claybank washout. It is one of many now held in Murchison until the roads can be put right.’

A very ‘special’ 1926/7 Gordon England Saloon. This photograph was given to me by my local garage who in turn was given it by a customer. This would have been a rather expensive university student car and so I’m wondering if this was a publicity photograph used in an advertisement by Gordon England. Has anyone seen this photo before and know anything about it? I understand today that the Gordon England saloons were rather flimsily built and perhaps only one exists. All rather handsome and jolly photo!

I spotted this on Facebook today, thanks to Alan Parrot for posting it, 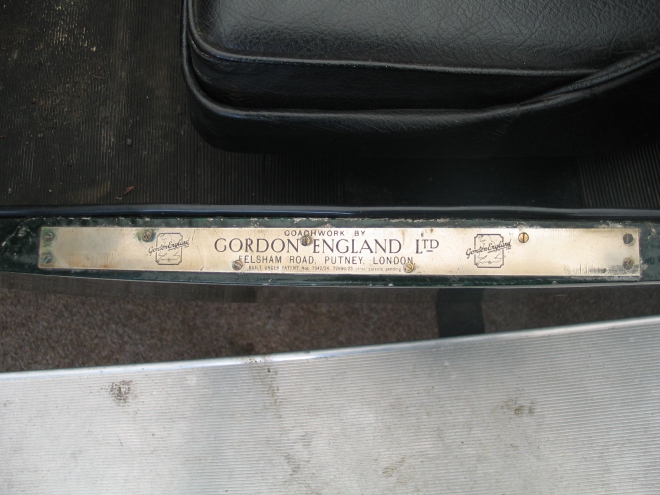 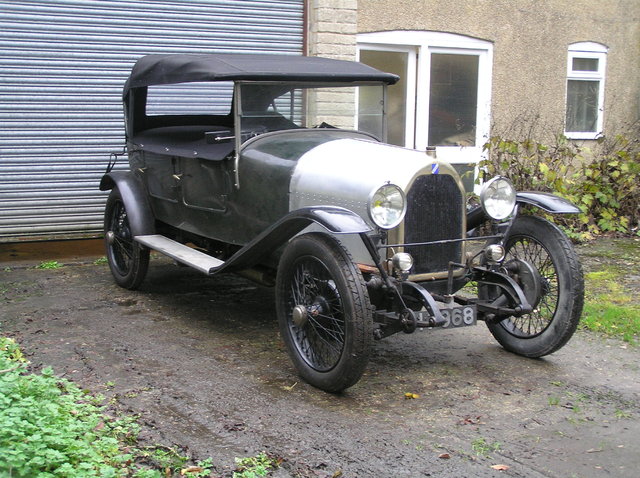 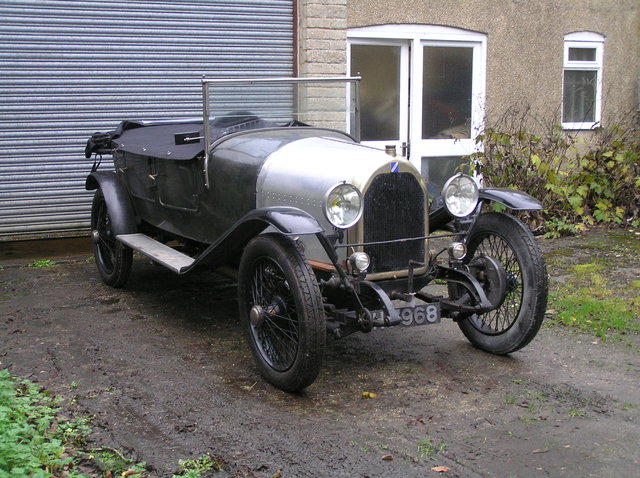 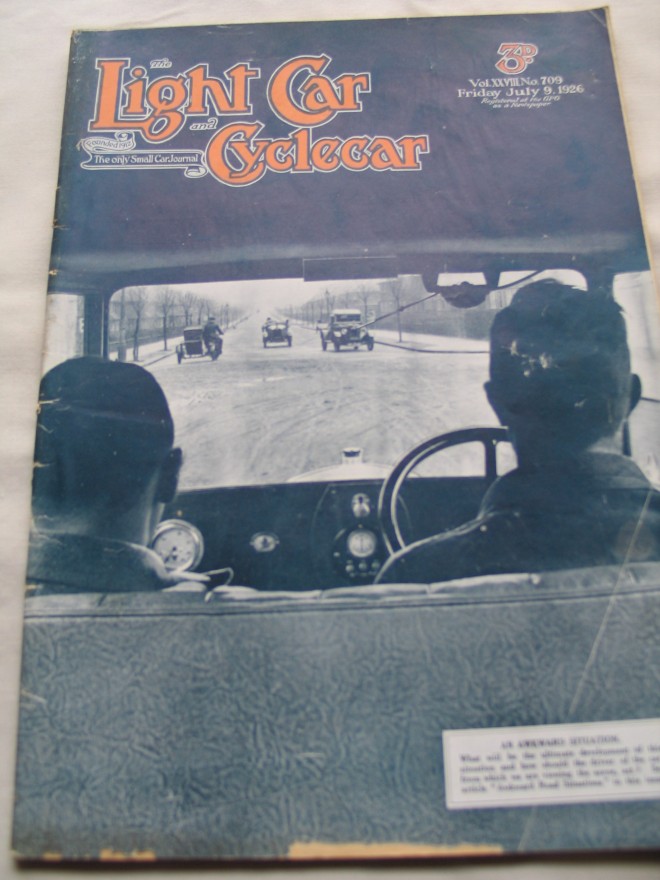 Here is the letter from Motor Sport, Dec 1968, page 1137, with photo of an original Gordon England Silent Saloon. You may like to use it on the G.E. Register site.
I have tried to trace Paul Nicholas who also owned the pram hood XY 9796 featured in the Profile Publications booklet from 1966. He won awards with this car at Beaulieu in the 60’s.
I would love to know if this G.E. saloon had survived. The reg no. PN 341 appears to be on a modern Jag!
Maybe your G.E. contacts would know what happened to this car.
Regards
Dave“
Gordon England Silent Saloon 1968

Following a post from Gerald Walker about a Stadium he remembers his father having, Robin Hildyard commented:

Robin Hildyard commented on Memories of a Stadium

Gerald Walker writes: “More grotty photos from the 1960s. Dad bought this Gordon England Stadium in 1962.  I went with him …

This Stadium, TR7157, is alive and kicking, now in my garage nearing completion of a two-year rebuild, looking quite “Austintatious” (my nickname for it) with navy blue grainy fabric outside and scarlet leather upholstery. Still needs the hood doing, but the frame has new hoodsticks and I’ve found a wonderful local trimmer. Engine is all original matching numbers, now fitted with a bronze Zenith, a Bosch distributor, rebored to plus-60 and upgraded to inch and five sixteenths Phoenix crank with Austin white metalled rods. Chassis was shot-blasted and powder-coated, all bearings replaced, wings stripped and resprayed. I was absolutely delighted to see the photos of the car in the 1960s – it must have passed through the hands of Gerald Walker’s father so quickly that his name doesn’t appear in the logbook, but it left Cambridge to go to a new owner in Newcastle-under-Lyme in 1968. Wish they had kept a snippet of the original fabric! The logbook says “Blue & silver” which might indicate a blue cellulosed fabric mottled with silver. I’ll post some photos when it is back on the road. Well done Ruairidh for getting all these memories together and spreading such useful information (and much joy) amongst Gordon England fanciers.
Robin Hildyard (deep in the Cotswolds)
Gerald responded with:
That has really made my day!  It was such a complete and original car and I am so pleased to hear it still survives and is in good hands.
I remember it as being blue but am fairly sure it had been painted – as often happens in an effort to preserve and waterproof the fabric.
The car was sold to Herbert Robinson Jnr, son of the owner of Herbert Robinson Ltd, a Cambridge car dealership.  We heard it had been sold on, but I had understood that it went to Yorkshire.
Meanwhile here are a couple more photos taken, as the other two, in and around Ray Walker’s garage in Perowne Street, Cambridge and showing the Stadium in company.
Gerald Walker